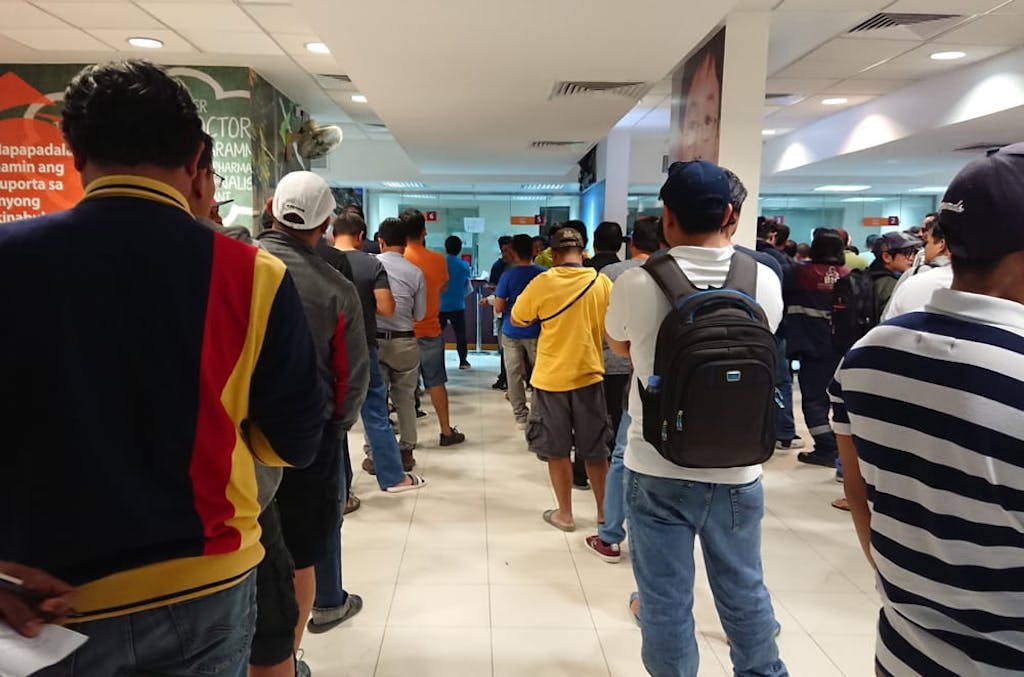 According to the Bureau of Labor statistics, as of 2018 (the last full year for which data is available), there were 28.2 million foreign-born persons in the U.S. labor force – representing roughly 17 percent of the total number. Foreign workers in the U.S. come from all over the world, though Latin America and Asia are the leading contributing portals, and they work in every vertical – though migrant workers more often work in service sector jobs than management positions. The median weekly earnings of foreign-born, full-time wage and salary workers was $758.

As Magnus Larsson, CEO of Majority, told PYMNTS in an interview shortly after the firm’s launch, no matter where they are from, where they work or how much they make, migrant workers all face a common problem in the United States: Financial services are not always easy to secure. Nearly 51 percent of the millions of unbanked or underbanked households consist of migrant workers, he noted. But it is also something that Sweden-born Larsson has experienced firsthand.

“Because I lived in the United States as a student and a working professional, I was able to learn firsthand about the many challenges migrants face in this country – especially financially,” Larsson said. “Those challenges are ultimately what inspired my career, which is largely rooted in helping migrants succeed.”

Before founding Majority, Larsson was (and still is) the CEO of Rebtel, a telecommunications firm designed to meet migrant workers’ international communication needs.

And though the two firms he now heads work in different verticals, the common connection between them, he said, is finding the pain points and roadblocks that migrant workers face when working in a new culture – and then offering solutions that will help minimize those issues or avoid them entirely.

And that starts with fees, Larsson noted. Lacking an easy on-ramp into financial services often means turning to high-cost options, he said – particularly when it comes to financial services uniquely suited to migrant workers, like remittances or money orders. Often, there are lower-cost options, such as regular bank accounts or even local credit unions. But those are often less viable solutions, as walking into a branch and starting a new account is much more difficult and intimidating for a person who is new to speaking English, Larsson pointed out.

“Trust is also an issue, particularly for consumers coming from nations where banking services are far less reliable and trusted than in the U.S.,” he said. “Those two issues – trust and information barriers – make it difficult to keep and move money within traditional financial systems.”

Further complicating matters is the fact that 80 percent of migrants are paid in cash or with paper checks, and are hesitant to hand over their money to banks without an established trust relationship – particularly if they are trained early on that “hidden fees” will start eating up their funds.

What Majority is offering, Larsson noted, is a digital banking solution designed for migrant workers that wipes out all the mystery fees, and aims to provide a way to come in off the financial margins and into the digital economy like everyone else.

For $5 per month, Majority members in the U.S. receive an FDIC-insured account, use of more than 50,000 ATMs across North America, a reloadable Visa prepaid card, remittance and international calling, native language advisors and access to a network of community meet-up spaces, local discounts and invitations to community-based events.

On top of that technical services infrastructure, Larsson noted, they are continuously developing a community infrastructure designed around meet-up spaces where members can connect with additional specialized services.

“Different diasporas have completely different sets of needs, and this is where our community integration plays a big role,” he said. “Through our community meet-up spaces, our on-the-ground teams will be able to connect with the specific diasporas present in each community and help them address their unique needs.”

The first of those community centers will be in Houston, home to both Majority and Rebtel’s U.S. headquarters. The longer-term vision, however, is to expand the community-centric locations as Majority’s services expand into new cities. And expansion is most definitely on the horizon, Larsson said – because what is most critically clear to the team at Majority is the growing need for the service. Migrants are doing something big – “leaving the familiar and seeking out new experiences and making the world a richer place to live.”

“We believe we can make a difference in the world, where more people are valued on their positive impact and not their country of origin,” Larsson noted.